Want to stream your Android gaming session over the internet so friends and strangers can watch you play and listen to your commentary? Google offers a way to stream from your phone or tablet to YouTube, and if you have an NVIDIA Shield Tablet, you can stream to Twitch.

There are other methods, but they tend to involve a lot of cables, apps and screen mirroring or video capture technology.

But now there’s another way: BlueStacks TV lets you play Android games on a PC and then stream your session to Twitch. 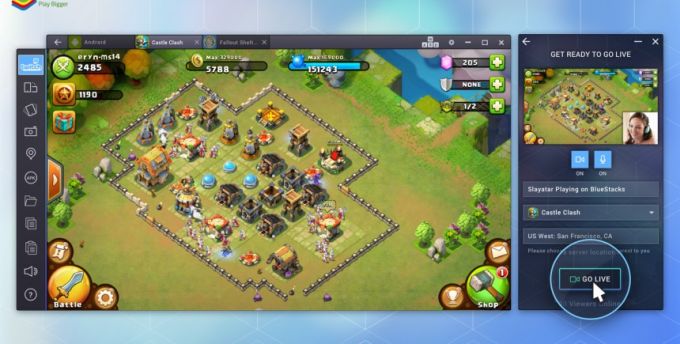 BlueStacks is an application that lets you run Android apps on Windows or Mac computers.

Of course, not all Android games are designed to run on PCs. So games that are designed for touchscreens might be kind of tricky to play with a keyboard, mouse, or gamepad. But that may change if Android-powered game systems like NVIDIA’s Shield TV take off… or if Remix OS, Phoenix OS, and even future versions of Android with “freeform” window support lead more device makers to load Android onto laptop and desktop-style computers.

In addition to allowing you to stream Android games to Twitch, BlueStacks will also let you watch streams from other gamers.