SolidRun recently unveiled a tiny computer with an Intel Braswell processor. Now it’s available for pre-order for $100 and up.

The SolidPC Q4 will eventually be available with a choice of an Intel Atom x5-E8000 or Intel Pentium N3700 processor and up to 8GB of RAM, although only the Atom version is available at launch. 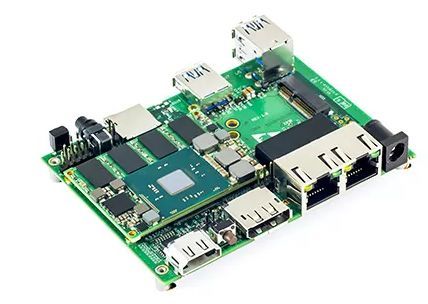 Other features include HDMI and DisplayPort for up to two displays, three USB 3.0 ports, dual Gigabit Ethernet interfaces, a microSD card interface, headphone and mic jacks, and support for mini PCIe and M.2 connectors.

The SolidPC measures about 4″ x 3.1″ and SolidRun is positioning it as a product for Internet of Things, point-of-sales, digital signage, and other commercial applications. But it’s basically a tiny PC, so it could be used for any number of things.

SolidRun has been offering tiny computing products fro a few years, but up until recently most of the company’s products have been based on ARM-powered chips including the Freescale i.MX6 processor family Marvell’s Armada 38xx series chips.