Samsung’s C-Lab program is a sort of incubator for new hardware and software projects from Samsung employees.

Since unveiling the C-Lab to the public in December, we’ve seen projects including a watch that turns your fingertips into a Bluetooth earpiece (through vibration), an app that can transcribe music when you hum a tune, a fitness tracker built into a belt, and other projects that, quite honestly, seem like the sort of inventions you’d expect to find on Kickstarter or Indiegogo.

Now Samsung has announced that it will showcase 5 more C-lab projects at the company’s developer conference, which begins April 27th.

Keep in mind, all of these projects are still under development. It’s not clear how well they work at this point or if or when they’ll be released. But some of the concepts are intriguing.

This smartphone apps uses the camera on your mobile device to recognize Internet of Things connected devices and allow you to control them from your phone. For instance, point your camera at a smart air conditioner and the app will identify the type of device and bring up appropriate controls for adjusting the temperature.

Slap this magnetic triangular device on the side of a helmet (the kind you might wear while skiing, riding a motorcycle, or at a construction site) and pair it with your phone via Bluetooth. 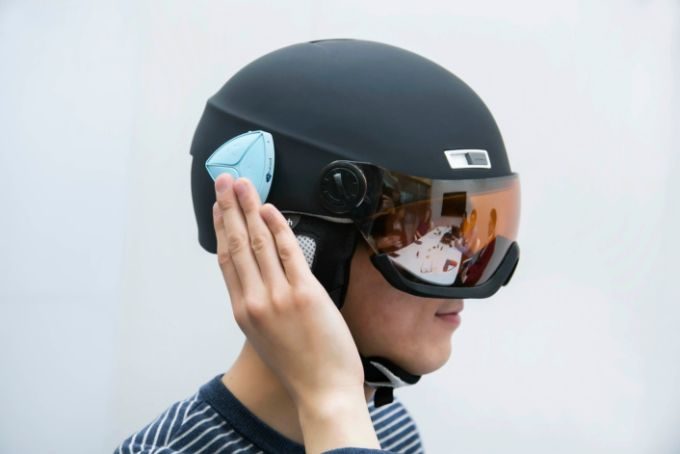 Then you can use it to make push-to-talk phone calls, listen to music, or receive voice notifications without removing your helmet.

This necklace has three built-in cameras, allowing you to capture 360-degree, 4K video of the world around you. 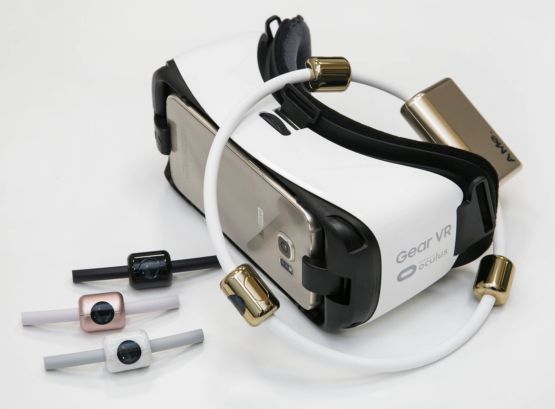 Use the AMe app on your phone to geotag or share your videos. 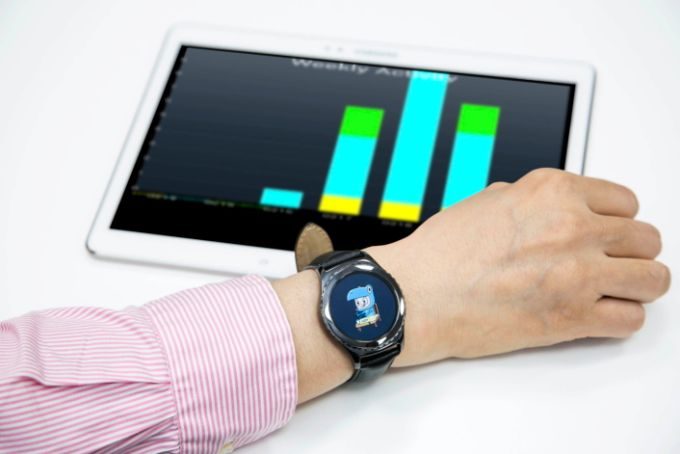 The developers of this smartwatch app think your kids might be more likely to brush their teeth, eat their vegetables, or exercise if a cartoon character is encouraging them.

This is actually a follow-up to a C-Lab project called the Entrim 4D which is a virtual reality accessory designed to help prevent you from getting motion sick by sending electric signals to your inner ear to trick you into believing that you’re moving through space in sync with the visuals you’re looking at. 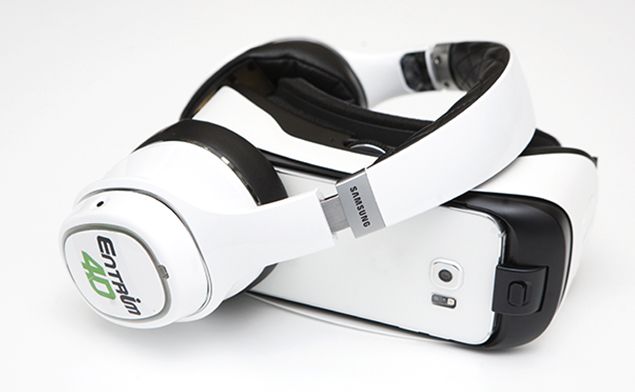 The latest version incorporates feedback from folks who tried the early version at SXSW in March.