Roku’s smallest media streaming device just got smaller. The new Roku Streaming Stick weighs just 0.6 ounces and measures 3.3″ x 0.8″ x 0.5″. Plug it into the HDMI port on your TV, pick up the remote control, and you can stream internet video at 720p or 1080p resolutions.

This is Roku’s 3rd-generation Streaming Stick, and not only is it smaller than previous models, but it should also be much faster thanks to a new processor.

The new Streaming Stick is available for pre-order for $50. It should be available in stores later in April. 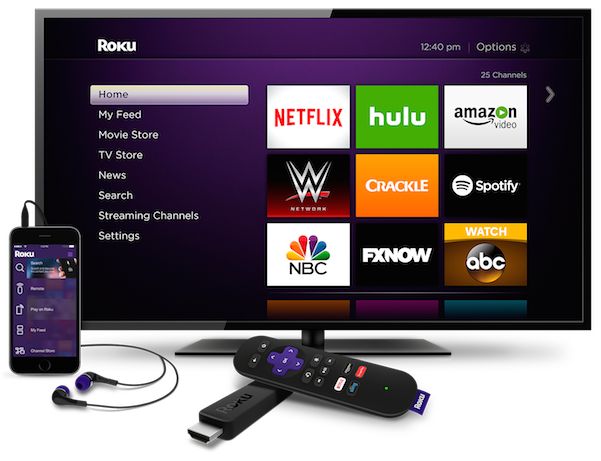 That’s the same price as the older, larger, and slower model it replaces (although you can often find previous-generations for sale at deep discounts — right now Groupon is selling a refurbished model for $28).

While the new Streaming Stick doesn’t have any fancy new features like 4K video or 802.11ac WiFi support, it does have a quad-core processor that Roku says makes the new stick 8 times faster than older models, which featured a 600 MHz single-core Broadcom BCM2835 chip.

That should help the Stick boot more quickly and reduce the time you have to spend waiting for content to load.

Like all Roku devices, the new Streaming Stick comes with a remote control, but you can also use the company’s Android or iOS apps to turn your phone into a remote. And if you want to watch videos without disturbing other people in the room, you can stream audio from the Stick to your phone to listen using headphones.

The Roku Streaming Stick isn’t the only game in town: Google and Amazon both offer their own tiny media streamers for under $50. The Google Chromecast sells for just $35, and Amazon offers two versions of its Fire TV Stick: a version with with a standard remote control for $40, and a version with a mic built into the remote for voice commands for $50.

Amazon also recently rolled out a software updated for its Fire TV Stick that allows you to use Bluetooth headphones with the device for private listening.