BlackBerry’s first Android-powered smartphone may not be a top seller, but by most accounts the BlackBerry Priv is a pretty good phone and one of the only options for folks that want an Android phone with a physical keyboard.

The Priv is also pretty expensive. It sold for $699 at launch, and even after a recent $50 price cut, it’s not exactly cheap.

So the company is apparently taking a different approach for its next two Android phones. They’ll be mid-range devices. 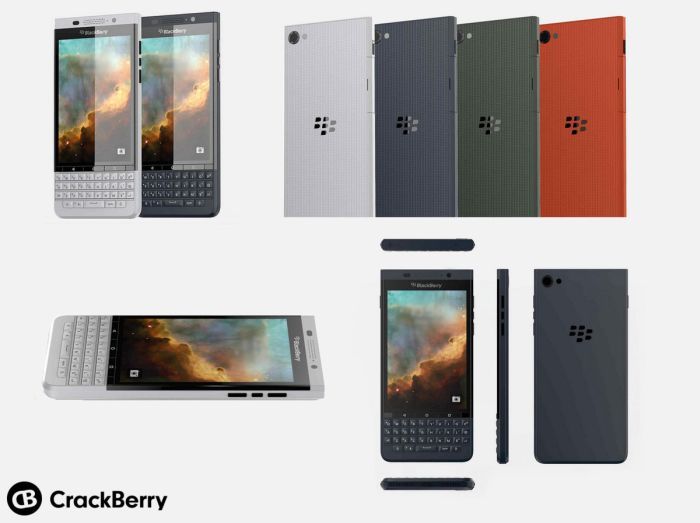 BlackBerry CEO John Chen spoke with The National about the company’s strategy moving forward. While he didn’t provide many details about upcoming hardware, he did confirm that two mid-range Android phones were on the way. One will have a keyboard, while the other is a touchscreen-only devices.

The image above, by the way, is allegedly of the BlackBerry “Vienna,” an upcoming phone with a keyboard that was leaked to CrackBerry in November, 2015. It’s not clear how accurate the images are of if BlackBerry has made any changes to the design since then.

Chen says the Priv was too expensive to appeal to a lot of the enterprise customers BlackBerry was targeting… although starting with a high-end phone might have been a smart move anyway, since it shows that BlackBerry can make high-quality phones running operating systems other than BlackBerry OS.

The company does plan to continue releasing updates for phones running BB10 software, but there are currently no plans to release new phones running the operating system.

At the same time, BlackBerry has been transitioning from a hardware company into a software and services company that provides communication, security, calendar, and other apps and tools that work with with Android, iOS, and Windows. While the company isn’t ready to stop making its own phones just yet, it’s not hard to imagine a future where BlackBerry is known more for its software than its hardware.