Last year Microsoft rolled out a feature that lets Xbox One owners stream their console games to a Windows 10 computer over a home network, allowing you to play games from any room in the house.

Now Sony is launching a similar feature for PlayStation 4 owners. It’s called Remote Play, and it works with Mac or Windows computers running OS X 10.10 or later or Windows 8.1 or later. 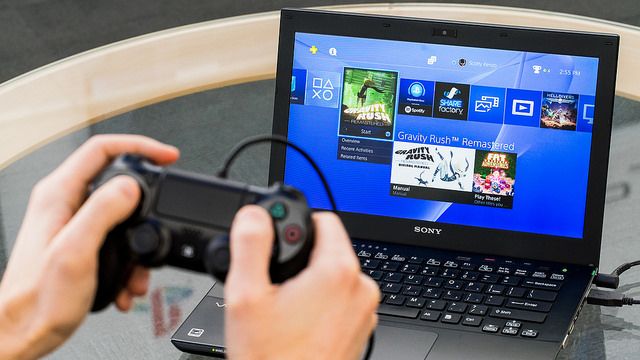 Remote Play is part of the PlayStation 3.50 system software update which should begin rolling out to users on April 6th, 2016.

It will let users stream games at 360p, 540p, or 720p resolutions and 30 or 60 frames per second. You’ll need to connect a DualShock 4 controller to your computer to play games, since PS4 titles aren’t designed for keyboard and mouse input.

On the one hand, if you’ve already got a PS4 connected to your TV, you’ll probably have a better experience sitting down in front of that screen to play. But if you want to be able to play games without disturbing other people using the TV (or unplugging and moving your game console), Remote Play could come in handy.

The PS4 software update also adds some social features, including the ability to appear offline, receive notifications when friends come online, see what games friends are playing to make it easier to join, and schedule events.