The Google Nexus 5 was released in 2013 and shipped with 16GB or 32GB of built-in storage. But one Ukranian Nexus 5 owner decided to upgrade his aging phone.

So he bought a 64GB eMMC 5.0 module for about $30 and replaced the storage on his phone. The end result is a Nexus 5 with twice as much storage capacity and read/write speeds that are up to twice as fast as they were with the original eMMC 4.5 storage. 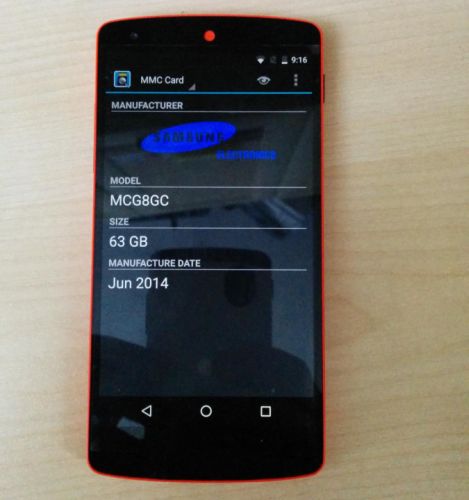 There are a few things to keep in mind before trying this yourself:

So this clearly isn’t something you’re going to want to try at home unless you’ve got an old device that you don’t mind breaking. But it’s pretty cool to know that it’s at least theoretical to upgrade the storage on the Nexus 5.

Even without the upgrade, the Nexus 5 is a pretty great phone. I’ve been hanging onto mine since I bought it in 2013 because the Snapdragon 800 processor, 2GB of RAM, and 5 inch, 1080p screen meet my needs. But now that it looks like Google may not make Android N available for the phone, I might be tempted to trade it in for a newer model eventually… or to go back to installing custom ROMs instead of running stock software.

I’m not, however, going to try upgrading the eMMC storage anytime soon. Any surgery trickier than a battery replacement is a bit out of my league.