The Kindle Oasis eReader might not be the only new gadget coming from Amazon soon. WinFuture spotted benchmarks at the GFXBench website for what appears to be a next-gen Amazon Fire HD 8 tablet. 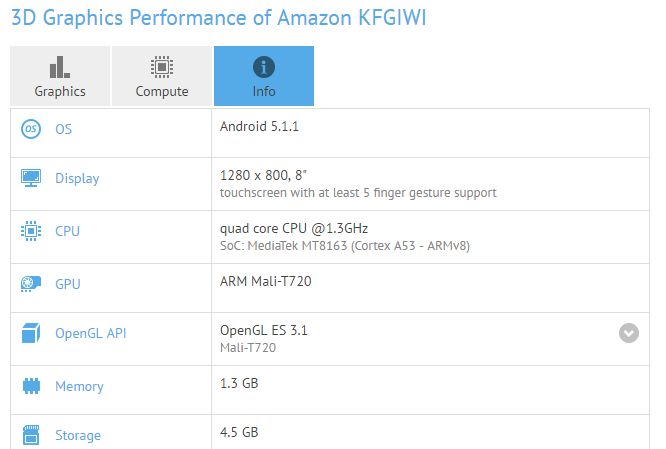 According to GFXBench, the Amazon KFGIWI tablet has an 8 inch, 1280 x 800 pixel display, just like the tablet Amazon currently sells for $150 and up. And like the current model, the new tablet seemst o support WiFi, Bluetooth, and front and rear cameras.

So what’s new? The processor.

It’s not clear if Amazon also plans to update its entry-level 7 inch Kindle tablet or other members of the Kindle HD lineup including the company’s 6 and 10 inch models.