The Meizu Pro 5 Ubuntu Edition is the most powerful smartphone to have Ubuntu phone software pre-installed. It features a 5.7 inch full HD display, a Samung Exynos 7420 octa-core processor, and 3GB of RAM.

First announced in February, the Meizu Pro 5 Ubuntu Edition is now available for purchase from JD.com $370. 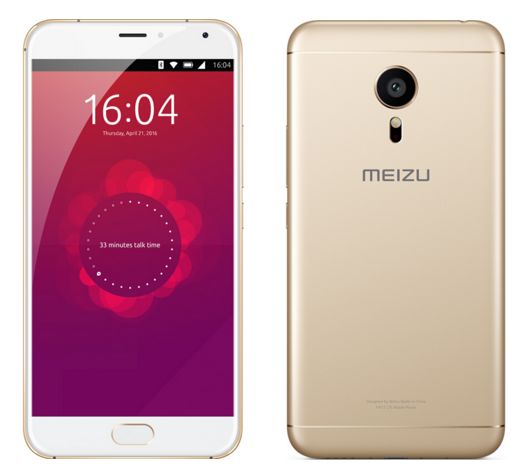 While this is the most powerful Ubuntu phone to date, it’s questionable whether it’s the most powerful Meizu smartphone. The Chinese phone maker launched an Android version of the phone in 2015 and recently unveiled the newer Meizu Pro 6.

Meizu’s 2016 flagship phone has a Helio X25 deca-core processor which may not be as fast as the Samsung chip used in the older phone. The new model also has a smaller battery than its predecessor. But it does have a few new features including a fingerprint reader and a pressure-sensitive 3D Press display.

There’s no word on if or when we’ll see a Meizu Pro 6 Ubuntu Edition phone, but Meizu is one of just two companies with multiple Ubuntu smartphones under its belt. The other is Spanish phone maker BQ, which has released a few phones with less powerful specs.