Chinese electronics company Haier launched its first Chromebook in 2015. Now it looks like the company has a new model on the way, and it could have a new processor, a touchscreen display, and a screen that flips nearly 360 degrees, allowing you to use the notebook like a tablet.

Notebook Italia spotted a prototype at the Intel Developer Forum in Shenzhen, China. 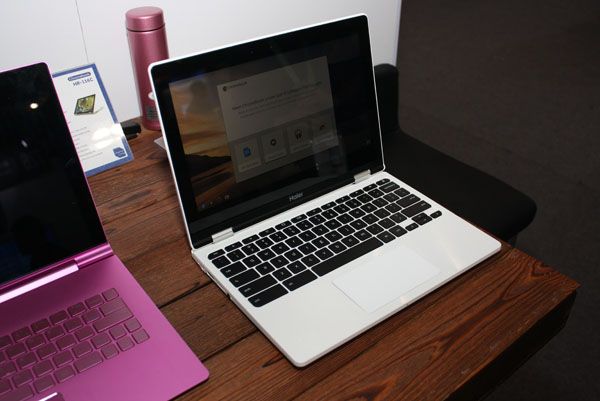 The original Haier Chromebook 11 is a 2.5 pound laptop with an 11.6 inch display, a Rockchip processor and a $149 price tag.

The Haier Chromebook HR-116C is expected to launch in June. Pricing hasn’t been announced yet, but given the spec bump, I suspect it’ll cost more than $149.