Google’s Chrome web browser and Chrome OS operating system are turning 50. And by that, I mean, the browser is less than 8 years old, but after months of testing, Google is pushing the 50th major release of Chrome to the public.

Among other things, the update brings improvements for push notifications and media playback to Chrome Windows, Mac, Linux, and Chrome OS. But some of the biggest changes are specific to Chrome OS.

Google is bringing Material design to Chromebooks and Chromeboxes. 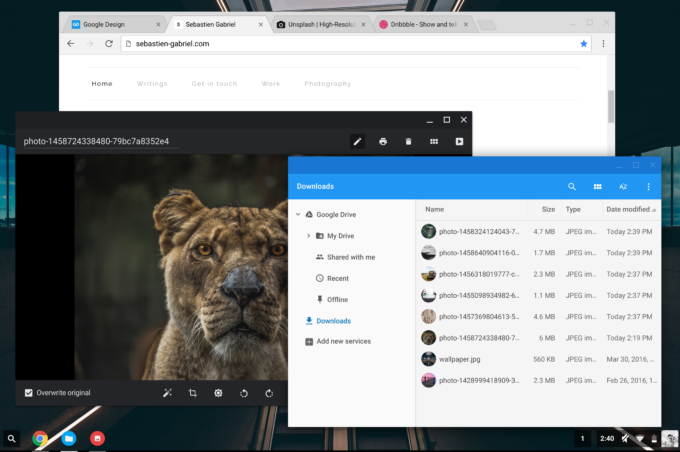 Material is a design language that debuted on Android devices with the launch of Android 5.0. For Chrome OS, it manifests in an updated color scheme, buttons, menus, and icons.

Google has also introduced a new “hybrid” user interface for devices with touchscreen displays that provides a little more space between on-screen elements so that they’re easier to interact with when you’re using your fingers.

While the new Material design is the default for Chromebooks starting with Chrome OS 50, you can also try out the new user interface on other platforms. Ars Technica notes that Windows and Mac users can download Chrome Canary and enable the “Material Design in the browser’s top chrome” option after typing “Chrome://flags” in the location bar.