Last summer Giada started showing off a tiny PC with an Intel Skylake processor, and now the company has officially launched the Giada i80… although I haven’t found any stores actually selling the little PC yet. 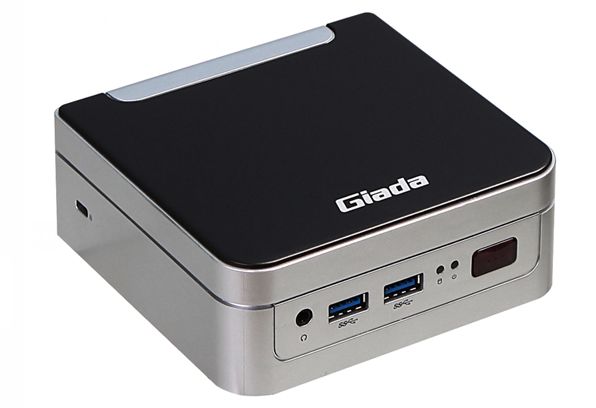 Both versions feature Intel HD graphics, support for up to 16GB of DDR3L-1600 RAM (with two SODIMM slots), and support for 2.5 inch and mini PCIe/mSATA storage devices.

Other features include HDMI and mini DisplayPort outputs with support for up to two 4K displays, Gigabit Ethernet, four USB 3.0 ports, a half-height mini PCIe slot for a wireless card, a headset jack, IR port, and a card reader.

While this is a desktop computer, it has low-power, laptop-class chips. The Core i3 model has a processor with a 15W TDP and the Core i5 version has a 25W chip.