BlackBerry’s first Android smartphone may not exactly be selling like hotcakes, but the company seems at least somewhat committed to supporting the phone. The BlackBerry Priv originally shipped with Android 5.1 software, but now BlackBerry is ready to roll out an Android 6.0 update. 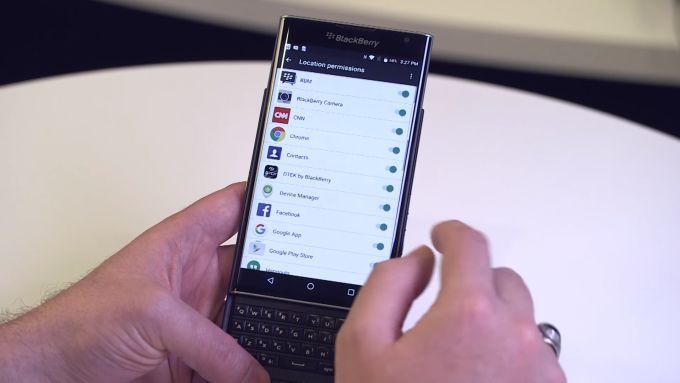 The update will start rolling out to users on May 3rd and should be available for customers using the phone on all wireless carriers.

In addition to the privacy, security, and visual changes that Google packed into Android 6.0, BlackBerry has updated some of its own apps including BlackBerry Hub, Launcher, and Keyboard.

The keyboard app, for example, includes support for swipe gestures, better word prediction, and more than 200 new emoji. You can view notifications from more apps in BlackBerry Hub (including Instagram, Skype, Slack, and Pinterest). And the BlackBerry Launcher app includes more tools for managing your home screens, including the ability to create separate work and personal sections and to set a default home screen.

The BlackBerry Priv is one of the only high-end Android smartphones with a physical keyboard, but with a list price of $649 it’s also pretty expensive for a phone with a Snapdragon 808 processor (and that’s how much it costs after a recent $50 price cut).

But for a limited time you can pick up an AT&T-compatible model from Daily Steals for $450.