More than half a year after unveiling a Windows-powered computer-on-a-stick, Asus is finally ready to begin selling its VivoStick… at least in some markets.

The Asus VivoStick TS10 will be available in Japan starting April 8th.

There’s no word on if or when you’ll be able to buy one in the United States, but the stick already appears to be available in a few other markets. 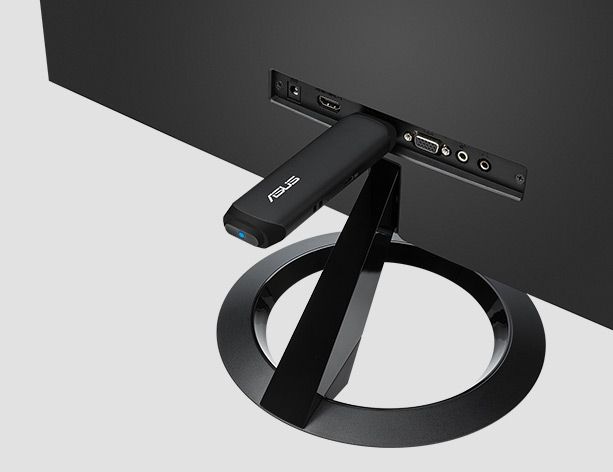 The Asus VivoStick supports 802.11ac WiFi and Bluetooth 4.1 and features a USB 3.0 port, a USB 2.0 port, an HDMI connector, and a micro USB port (which is used for power only, not for data).

Like the 2nd-gen Intel Compute Stick, the Asus VivoStick TS10 features 2GB of RAM, 32GB, and an Intel Atom Cherry Trail processor. But while the Intel stick has an Atom x5-Z8300 processor, the Asus model has a slightly more powerful Atom x5-Z8350 chip.

And unlike the Intel stick, the Asus model has a mic/headphone combo jack.

One other thing sets it apart from the Intel model: bloatware. Asus loads up its PC stick with an anti-virus trial program, several Asus apps, a trial version of Microsoft Office, and Adobe Acrobat Reader, among other programs.

One nice feature is support for a VivoRemote app that lets you use you Android or iOS phone or tablet as a keyboard, mouse, or media player remote control. There’s also support for streaming movies, photos, or games from a phone to your TV using a VivoStick.