Microsoft started shipping a handful of smartphones with Windows 10 Mobile software in late 2015. But now the company is finally rolling out Windows 10 as an update for some phones that shipped with earlier versions of Windows Phone software.

That includes a number of Microsoft Lumia smartphones, and a handful of phones from other device makers. 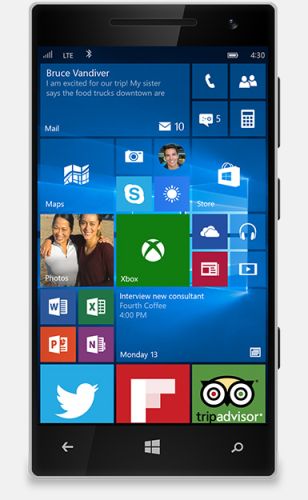 Windows 10 Mobile shares some DNA with the version of Windows 10 for desktop and notebook computers, allowing you to run Universal Windows apps from the Windows Store.

But the update does not bring Continuum for phone functionality to older devices, since they lack the hardware necessary to offer decent performance when you connect an external keyboard, mouse and display. The Windows Hello secure login features are also unavailable on older phones.

Phones eligible for the upgrade include:

Microsoft recommends downloading the Update Advisor app and running it on your phone before deciding whether to install Windows 10 on an older phone.