Microsoft says a major update for Windows 10 is coming this summer as a free upgrade for all existing users of the operating system. The Windows 10 Anniversary Update (which has been code-named Redstone up until now), will include new feature for pen input, expanded support for biometric security, and more. 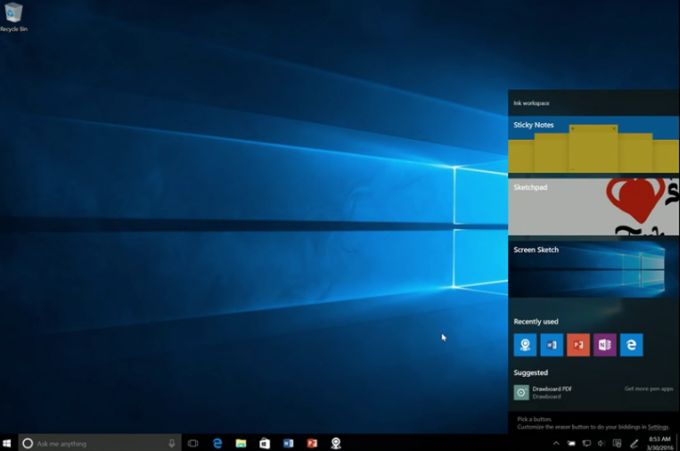 Improved pen support includes a new Ink Workspace that lets you view notes, suggested apps, and other details in one place. There’s a new Sticky Notes app that lets you jot handwritten notes, while the Cortana digital assistant recognizes the intent behind some notes. For instance, it might notice if you’re writing a reminder and offer to show you the note later when it’s relevant. 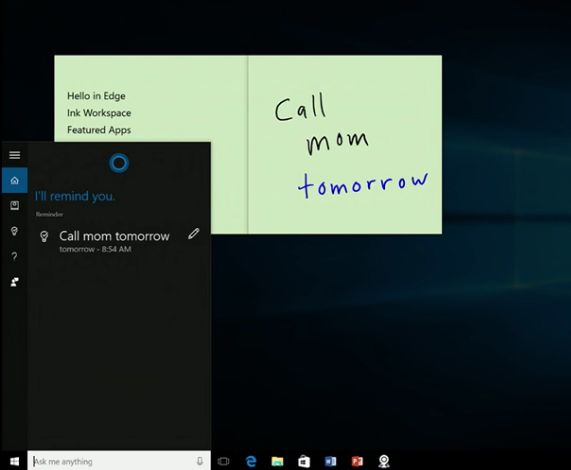 One really cool demo Microsoft showed involved a topographical map: draw lines on a 2D map and when you switch to 3D to view the topography, the lines will automatically recognize what’s happening and show up appropriately.

You can also use a virtual ruler when drawing lines or moving shapes on a screen in PowerPoint to align elements. And Microsoft showed how Adobe Photoshop allows you to use virtual stencils that you can move across the screen with one hand, while tracing the lines with a pen in the other hand.

The company announced the Anniversary Update at the MS Build 2016 keynote on March 30th, where the company also showed developers attending the conference how they can bring the new Ink features to their apps with just two lines of code.

Microsoft says the Windows 10 Anniversary Update will also bring Universal Windows apps to the Xbox One, as well as support for Cortana. And a unified Windows Store is coming this summer, allowing you to access much of the same store content on an Xbox, phone, or PC.