Jide’s Remix Mini isn’t the only cheap mini-desktop computer that runs Jide’s Android-based, desktop-style operating system. The Unuiga S905 is a similar device with a 64-bit ARM-based processor, Remix OS 2.0 software, and a starting price of $25… for the first 100 people to back the project’s crowdfunding campaign.

There’s on small catch though: shipping costs for the Unuiga S905 can double the price of the mini PC in some situations.

Update: International shipping prices have been cut a bit. 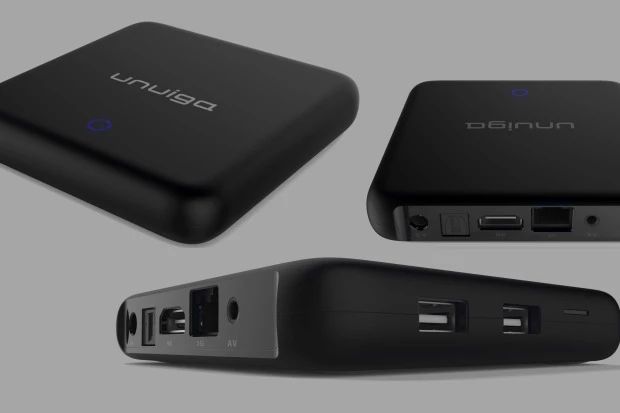 Once the early bird pricing for the entry-level model is gone, the price for a single unit goes up to $30. There’s also a Unuiga S905+ model that’s priced at $45 (or $5 less for early birds).

The Unuiga S905 will ship from China, and the company behind the project expects to be able to ship bulk purchases of 5 or more units in April, with individual units shipping in May. That catch I was talking about though? … which means that you could end up paying $51 for a $25 device or $66 for a $40 model.

Update: Shipping to the US and most other countries has been cut to $15.

That’s still less than you’d pay for a Remix Mini, though. Jide’s mini PC with 2GB of RAM, 16GB of storage is currently selling for $70.

Another interesting thing about this crowdfunding project is that it seems to be a partnership between Unuiga and ARMDevices, a mobile technology website and video channel operated by mobile enthusiast Charbax.

You can check out his preview in the video below: