Most modern desktop and notebook computers ship with Intel or AMD processors and Windows or OS X software. A few companies are positioning products with ARM-based chips as desktop computers. But the Tavolga Terminal TB-T22BT is something different.

This all-in-one desktop PC has a MIPS-based processor and runs Debian 8 Linux software. 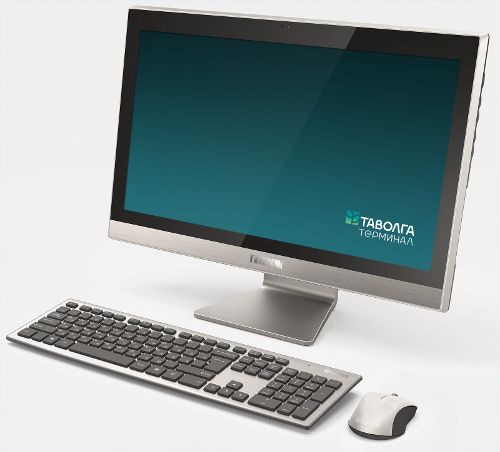 The computer is made by Russian company T-Platforms, which also offers an SF-BT1 processor module for those that want to build their own hardware.

Both devices use a Baikal-T1 processor which is a 32-bit dual-core MIPS P5600 processor. Like the computers, the chip was designed in Russia, although it’s based on work from Imagination Technologies (the company behind the MIPS architecture)

The all-in-one desktop features a 21.5 inch IPS display, support for up to 8GB of DDR3-1600 memory, and up to 64GB of flash storage. It has four USB 2.0 ports, a PS/2 port, Gigabit Ethernet, and a fanless case for silent operation. There’s also support for smart cards.

T-Platforms is positioning the TB-T22BT as a device that can either be used as a standalone computer with support for Linux-based apps such as LibreOffice and Firefox, or as a thin client system that you can use to connect to remote machines using remote desktop software.