Samsung’s Creative Lab is an incubator for projects from current and former employees. The company showed off some of the first projects from C-Lab at the Consumer Electronics Show in January, including the TipTalk wearable that turns your finger into a sort of smartphone headset and a couple of other device prototypes.

These projects are all in development and may or may not ever be released as real products. 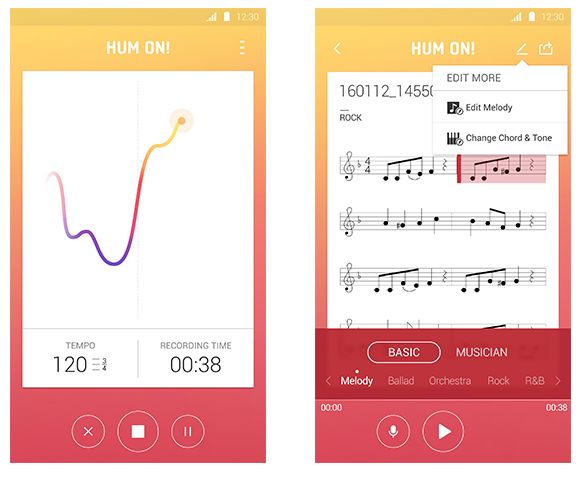 One project is a smartphone app that creates sheet music from music that you hum.

There are plenty of apps that can recognize music recordings or even snippets of sounds from TV and movie shows to let you know what you’re listening to. Some can even try to figure out the tune you’re humming.

Hum On! takes things in a different direction by transcribing your melody using musical notation. Then you can select a style (such as classical, rock, or R&B) and have the app play the song back to you.

Virtual reality headsets can help put you in the center of immersive video content. But Entrim 4D is a system that adds a sense of physical motion by stimulating a nerve in your ear with electrical signals  to make it feel like you’re actually  moving. 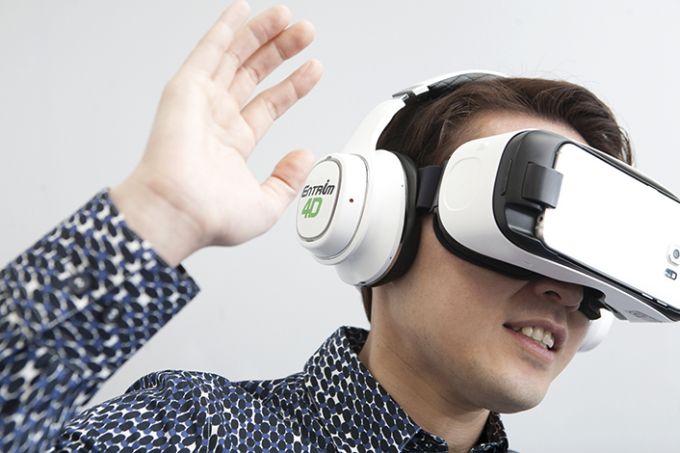 Among other things, the developers say they hope this cold help reduce motion sickness sometimes felt by people using VR headsets. Since that’s often caused by the mismatch between what you’re seeing and what you’re feeling, simulating movement could reduce nausea and dizziness.

This is a social media sharing app that lets users build walls of content together by adding photos, drawings, or other images to “generate a collaborative story.”