Samsung’s new 2-in-1 Windows tablet with a detachable keyboard and support for an optional Bluetooth pen goes on sale this week. The company introduced the Samsung Galaxy TabPro S at CES in January, promising it’d be available in February.

Better late than never. The tablet will be available from Best Buy starting March 18th. The Microsoft Store and Samsung.com will begin selling the tablet April 4th. 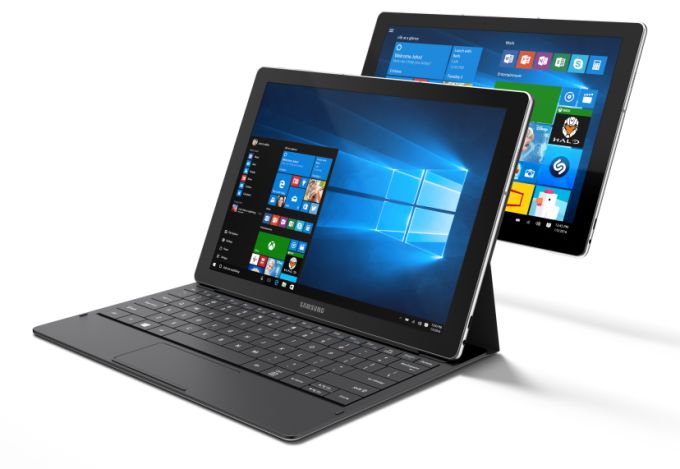 The Galaxy TabPro S measures 0.5 inches thick and weighs 1.5 pounds when used without the keyboard cover. Unlike the Surface Pro 4, Samsung’s tablet comes with the keyboard. But if you want a digital pen, you’ll need to buy it separately.