Microsoft’s Surface Hub is a big, expensive all-in-one computer designed for enterprise customers. It can be used as a video conferencing system, a digital whiteboard, or collaboration tool. It runs Windows 10 software, comes with Skype pre-loaded, and support finger or pen input with support detecting up to 3 pens at once.

The Surface Hub was first unveiled in January 2015 and it was originally expected to ship in July of the same year. That didn’t happen, but after multiple delays, (and a price hike), the Surface Hub is finally shipping to customers who placed pre-orders. 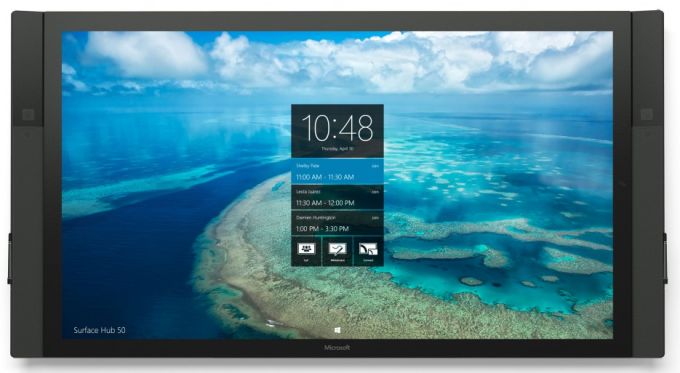 It’d be hard to justify spending that kind of money on a Surface Hub for home use. But Microsoft says early testers have found they’re saving money by using the systems in workplaces.

That’s because it can reduce the amount of time it takes to set up meeting spaces for remote attendees, reduce the amount of paper printed for meetings (thanks to screen sharing and support for saving group notes), and companies that used Surface Hub during sales meetings also estimated a boost in sales.