Samsung’s Galaxy S7 and Galaxy S7 Edge smartphones officially go on sale today, and not only do they have speedy new processors, new cameras, and bigger batteries than their predecessors. The new phones also bring back a feature that was missing from the Galaxy S6 series: removable storage.

There’s just one catch: while the Galaxy S7 phones have microSD card slots, they do not support Android 6.0’s “adoptable storage” feature, which means you cannot treat removable storage cards as if they were built-in storage.

Well, not officially anyway. Unofficially? Sure, you can do that. 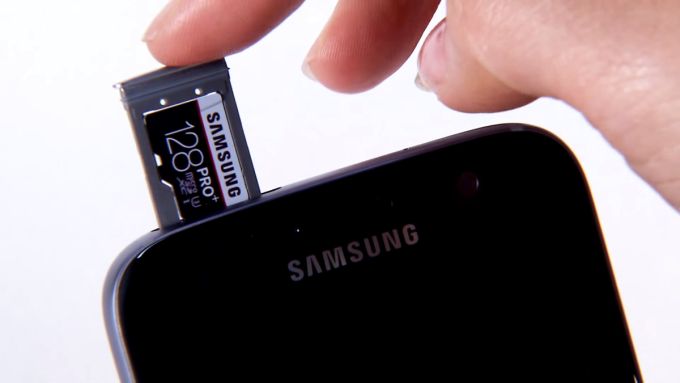 In a nutshell, you’ll need to enabled developer mode on the phone, connect it to a PC, and use a series of adb (Android Debug Bridge) commands to adjust the disk partitions used by your device in a way that allows external storage to be treated like internal storage.

Note that if you do this, you’ll want to make sure not to remove the microSD card from your phone. Doing so could cause problems with apps that have data stored on your card. And you won’t be able to read data from that card using a regular computer anyway.