Barnes & Noble’s NOOK division saw sales of $51.7 million the most recent quarter, which represents a decline of 33 percent… but the company is putting a positive spin on that by saying that while sales of devices and content were down, B&N also saw a “reduction of NOOK losses” during the fiscal third quarter.”

In a press release, B&N CEO Rob Boire says the company remains “committed to providing a great digital reading experience to our customers, while exploring all opportunities to further reduce losses.”

In other words, NOOK isn’t going away anytime soon… although that doesn’t mean it couldn’t change. 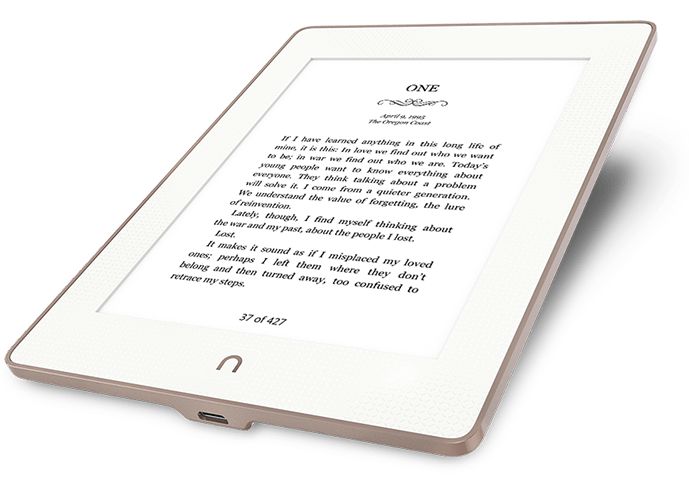 Update: In fact, there are already some changes: B&N seems to be shutting down its UK NOOK store on March 15th.

Right now Barnes & Noble is the last major nation-wide bookstore chain in the United States, but the company has had a rough couple of years as it faces competition from online stores like Amazon… which also dominates the eBook market.

B&N has also been trying to compete with Amazon in the digital book space, but that’s been even tougher going. The company stopped making its own tablets a few years ago, and now partners with Samsung to sell NOOK edition Galaxy Tab devices.

You can still buy NOOK eReaders with E Ink displays and use them to read books, magazines, and other content from the NOOK store, but as Nate at the Digital Reader points out, it’s not even clear that sales of NOOK books represent even as large a pie as Amazon’s Kindle Unlimited subscription service..