Some smartphone makers are trying to reduce their carbon footprint by making modular phones that are easy to repair and which can have a lifespan of up to 5 years. Apple isn’t doing that… but the company is taking steps to make it easier to recycle its hardware and give the materials used in the phone a second life.

You can drop off Apple devices for recycling at an Apple Store, or get a shipping label to send in your old gear from Apple.com/recycling. And once your old gear gets to Apple? That’s where Liam goes to work. 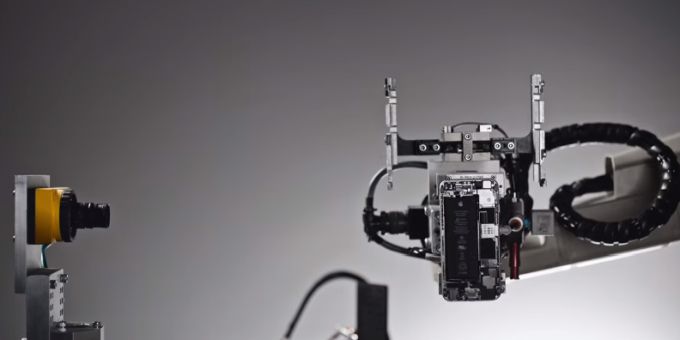 Liam is a new robot that Apple unveiled at the launch event for the iPhone SE and iPad Pro 9.7 inch tablet. Apple says Liam opens up iPhones, detects which parts are inside the phone, and separates out the materials.

For example, cobalt and lithium can be extracted from the battery, gold and copper from the camera, and silver and platinum from the logic board.

Apple officials say they hope to eventually be able to use these recovered materials to build new iPhones and other devices. For now, they’ll likely be put to use in other products, like solar panels.