Google had been expected to unveil the next major version of android at the Google I/O developer conference in May. But it looks like developers might get early access a little sooner than that.

An article published at Ars Technica (and then quickly removed) suggests that a developer preview may be coming early… and then spills the beans on some of the major new features.

Normally I’d avoid writing about what appears to be an article published by a colleague a little prematurely and then removed, but I have a feeling the cat is out of the bag on this one. 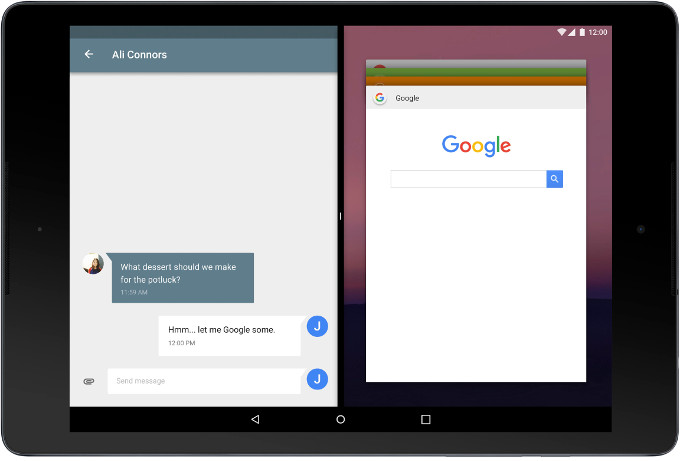 Here are some of the new features we can apparently expect to see in the next version of Android, currently code-named “Android N.”

Not all Android apps will automatically support split-screen mode. Developers will have to enable the feature, which means that it could be a while before you’re able to run all of your favorite apps in side-by-side windows.

This is sort of like the way Google rolled out support for cloud backups of app data with android 6.0. The feature works as promised… but only for apps that officially support it, which means that only a small number of the dozens of apps installed on my phone back up user data.

Still, Android N could make 2-in-1 tablets like the Google Pixel C a little more useful in notebook mode.