Apple’s iPad Pro now comes in two sizes: there’s the 12.9 inch model that launched last year, and the new 9.7 inch version that was announced this week. While the new model is smaller and has a smaller battery, Apple says it should get similar battery life, supports the Apple Pencil for pressure-sensitive input, and even has a few bonus features like better cameras, and a “True Tone” display which adjusts your display settings based on ambient lighting conditions.

But it turns out the new 9.7 inch iPad Pro isn’t just smaller and cheaper than the 12.9 inch version. It’s also less powerful. 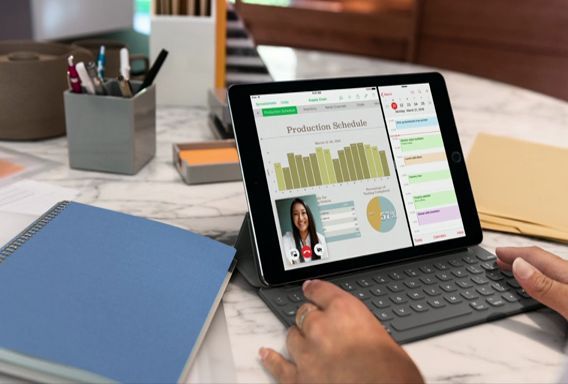 For one thing, while both tablets have Apple A9X processors, Matthew Panzarino ran the Geekbench benchmark on each tablet and discovered that the iPad Pro with a 9.7 inch screen has a CPU clock speed of 2.16 GHz, while the larger model is clocked at 2.24 GHz.

For another, the 12.9 inch model has 4GB of RAM, while the smaller version has just 2GB.

That could affect performance while multi-tasking, particularly using the split-screen features built into recent versions of iOS. And the combined effect of the slower processor and reduced RAM seems to be lower benchmark scores: Panzarino shared images showing that the 12.9 inch model gets a Geekbench single-core score of 3231 and a multi-core score of 5482, while the 9.7 inch iPad Pro scores 3022 and 5107 inch the same tests.

On the bright side, the smaller iPad Pro does have a starting price that’s $200 lower than the 12.9 inch version.