Just one day after Google rolled an Android Wear update that includes support for speakers on smartwatches that have them, Glide released an update to its video messaging app that brings support for Android Wear.

That means you can view and respond to video messages from friends and family right from your wrist. But, is that something you would do? 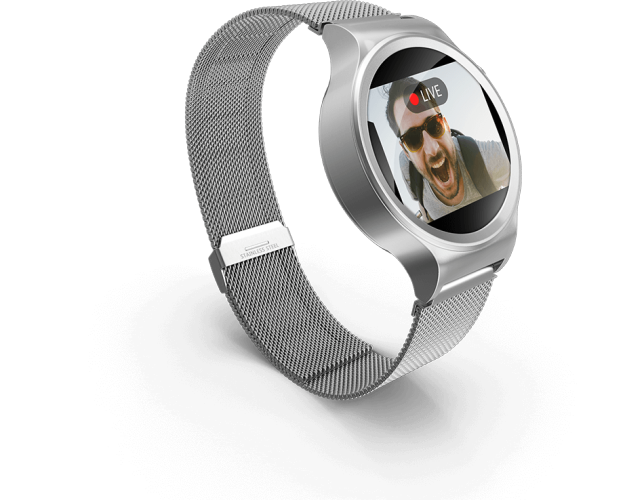 Glide has been available on Apple Watch for nearly a year now, but the company has held off on supporting Android Wear because the operating system hadn’t yet supported speaker functionality until version 6.0.

Now that it is possible to hear the audio of a message right on a compatible wearable, it makes it easier for some users to interact with video messaging without taking their smartphones out of their pocket (although, that covers very few people, since the only android wear smartwatches with speakers are Huawei Watch and the 49mm Asus ZenWatch 2).

Speaker support isn’t as much of an issue as is the awkwardness of viewing and responding to video messages on your wrist.

I know we all imagine a Dick Tracy world where everyone is speaking into their wrist to communicate with one another, but the truth is, it feels weird. Even holding a phone conversation with someone on a smartwatch is awkward and somewhat embarrassing. I’ve done it a handful of times, but only in my car and only when no one else was around.

As for watching the incoming video, the tech trend has moved to larger screens on mobile devices because we want to actually see what is going on. Viewing video on a tiny 1.5-inch screen defeats the purpose of the five or six-inch smartphone.

Getting a notification on a smartwatch that you have an incoming video message makes complete sense. You get a ping. You pull out your phone. You watch the video. You respond accordingly. No one looks at you funny.

Actually interacting with your video message on your wrist is much less elegant and much more disconcerting. A video message comes in. You watch the message with your face six inches from your wrist because the screen is so small. You respond with either a pre-made text (because you can’t use a keyboard) or an audio message, in which case you talk into your wrist. Everyone nearby either rolls their eyes at you for being so pretentious, or they start asking about smartwatches as if you are some kind of tech expert.

If you get a second video chat. Chances are, you take out your phone instead.

10 replies on “Would you video chat on your smartwatch?”