I picked up a first-generation Amazon Kindle Fire tablet in 2011 and performed a bunch of experiments on it. But I never really used it all that much as a tablet… so eventually I loaded CyanogenMod on it, installed TuneIn Radio, 1Weather, and set it up as an alarm clock in my bedroom.

It was never a stellar tablet, but it’s the best alarm clock/radio I’ve ever used, since it supports multiple alarms, has a countdown timer, has a battery that will let it run for hours even if there’s a power outage.

What kind of things have you done with older gadgets that are no longer serving their original purpose? 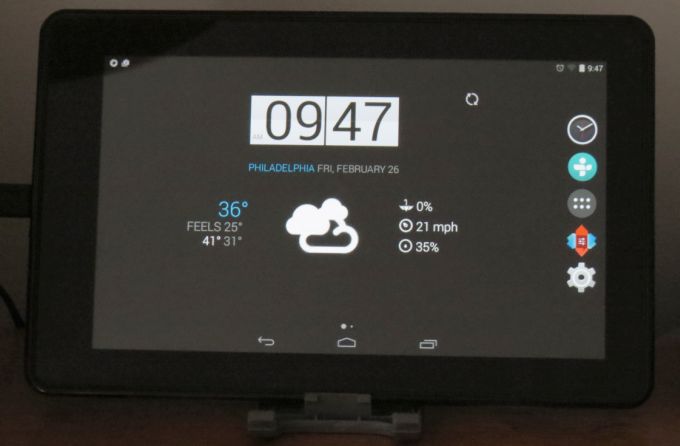 Redditor OgglyPoo posed a question to the /r/Android subreddit asking for the coolest ways to re-purpose old Android devices. But why stop there? Have an old iPhone, Windows tablet, or Symbian device that’s living a second life? Tell us about it.

My alarm clock idea probably isn’t all that original. Other people have weighed in on the reddit threat to say they’re using old tablets as calendars and clocks.

One person is using an old phone as a USB storage device. Another is using a smartphone with an HDMI cable and a Bluetooth keyboard and mouse to watch Netflix and YouTube on a TV. And several people are using old phones as dashcams or security cameras.

What about you? What new uses have you found for old gear? Or is your old phone sitting in a drawer or recycling bin?