Toshiba introduced a set of smart wearable glasses in January, promising to deliver the Toshiba WearVue on February 29th. Now, just days ahead of the expected launch date, Toshiba has canceled the product altogether. 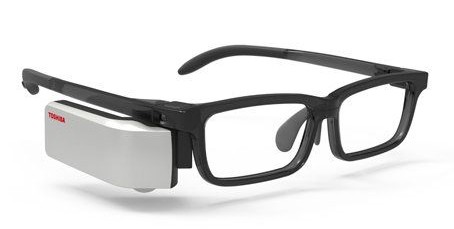 Smart glasses had a bit of a moment when Google first introduced its Google Glass platform in 2012, promising a future where you’d be able to interact with apps and widgets without taking your eyes off the world around you. But Glass never turned into a consumer product, and recent versions of Google’s product are aimed squarely at enterprise users.

A number of other companies have introduced similar products over the past few years, but right now the wearable space seems to be dominated by smartwatches and fitness trackers. As for electronic eyeware, the big trend at the moment seems to be virtual reality headsets.

According to the Wall Street Journal, Toshiba had initially developed its WearVue product to capitalize on media interest in smart glasses, but decided to scrap the project as part of a company-wide initiative to focus more on Toshiba’s core businesses and spin off or eliminate projects that were on the fringes.