But the company’s first consumer product will be an expensive WiFi router called the Starry Station. It’s expected to sell for $350 and features a touchscreen display that can provide details about your network. 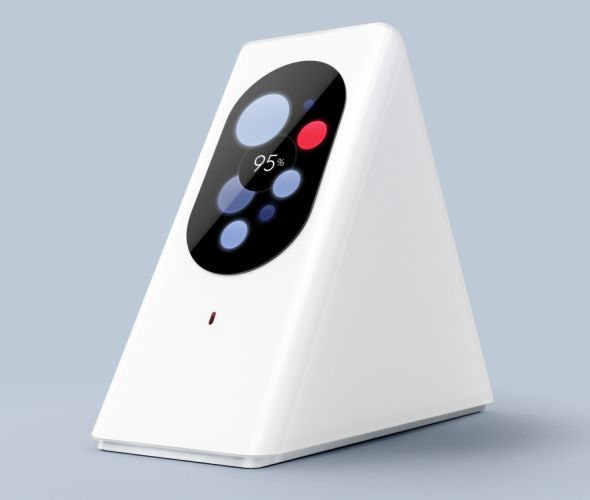 It looks pretty slick… on the outside. But thanks to a few photos posted in the FCC listing for the Starry Station, now we know what the inside looks like. 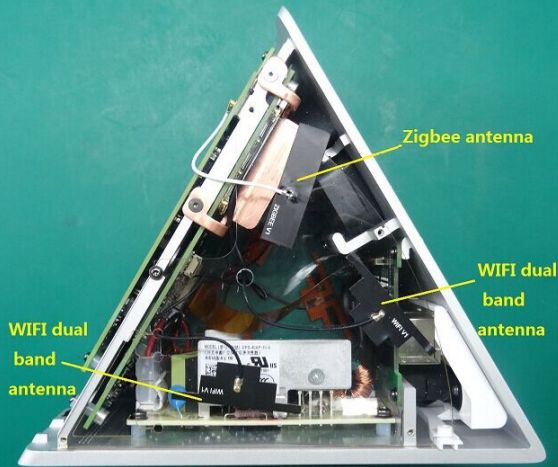 Inside the triangular box, there are WiFi and Zigbee antennas, a system board, a 3.8 inch LCD display, and the whole thing looks a bit like a science project or a homemade radio.

Anyway, it’s what the Starry Station can do that really matters. The router supports 802.11a/b/g/n/ac WiFi as well as the upcoming 802.15 standard, has a dual-core processor, 1.5GB of RAM, and 8GB of flash storage, and features Gigabit Ethernet input and output (although there’s only one Ethernet-out jack: this is very much a WiFi router, not an Ethernet router).

There’s a proximity sensor, speaker, and microphone. And the display on the front can show you an internet “health score,” results from the latest speed test, and information about connected devices. You can also view your complicated, hard-to-remember password on the display.

Starry Station also lets parents restrict screen time, allowing their children’s tablets or phones to only connect to the network during certain hours, for example.

Does all of that make this router worth spending $350 on, when there are plenty of sub-$100 options on the market? I dunno. I’m pretty happy with Netgear R6250 802.11ac WiFi router I have, although I have had to unplug it and plug it back in a few times in the year or two that I’ve owned it. But I also bought it for less than a third of the price of the Starry Station… which makes the new Google OnHub routers look cheap.