SanDisk’s new microSD card lets you store up to 128GB of data on a removable storage card. There’s nothing unusual about that… but what makes the SanDisk Extre pro microSDXC UHS-II special is its speed. 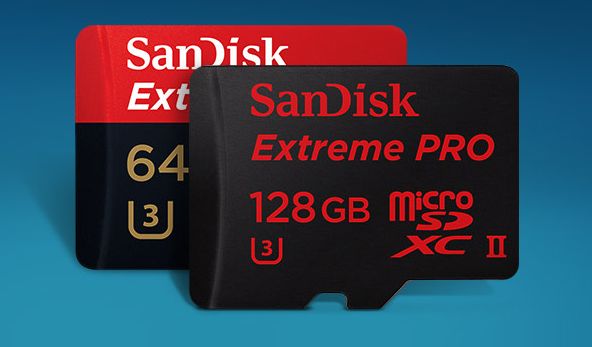 The new card is available in 64GB or 128GB versions, and both supports Class 10 and UHS Speed Class 3 support. While read speeds can hit 275 MB/s, write speeds are lower… but still pretty fast, at 100MB/s.

Among other things, that should come in handy if you’re trying to shoot 4K video or RAW photos with a camera on devices that can take advantage of the card’s read/write speeds.

SanDisk also throws in a USB 3.0 card reader in case you want to transfer data from the card to a PC that doesn’t already have a microSD card reader.