There are a number of fast-charging technologies that let you top off a smartphone battery quickly. Qualcomm’s Quick Charge technology gets a lot of attention. But MediaTek has its own solution, and as we noted when reviewing Google’s latest Nexus phones, just adding a USB Type-C port to your device can enable support for fast charging.

Now Oppo is introducing Super VOOC Flash Charge, which the company says could let you fully charge a phone in just 15 minutes. 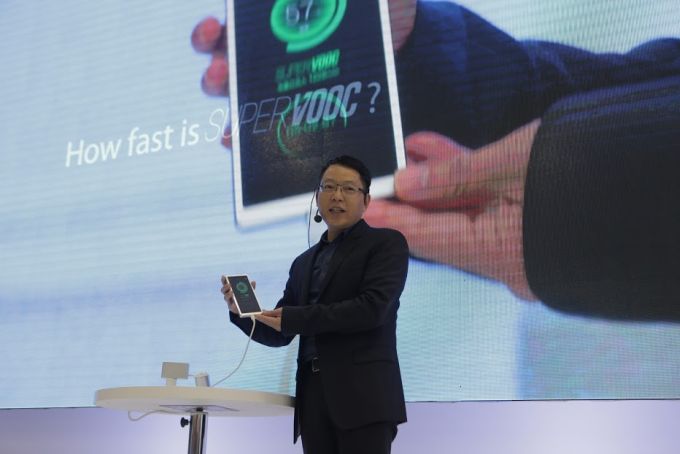 Oppo says it’s also safe to watch videos, play games, or use your phone for other things while it’s charging.

While it’s likely that future smartphones from Oppo will include Super VOOC support, I wouldn’t hold my breath waiting for it to show up in devices from other companies.

As smartphone screens have gotten bigger, screen resolutions have gotten higher, and processors have gotten faster, battery technology hasn’t really kept up… at least not in terms of capacity. If you want a phone with long battery life, it needs a big battery. But fast charging technology like Super VOOC provides another option: don’t worry if your phone battery doesn’t always make it through the day, because it only takes a few minutes to recharge.

Of course, that doesn’t help if you’re not in a place where you can recharge your phone… but that’s why there’s such a booming cottage industry for portable external battery packs.