I’ve been covering Remix OS since Jide first introduced the operating system in early 2015. It’s an operating system that takes Google’s Android and turns it into a desktop operating system with a taskbar, desktop, and multi-window support and it’s come a long way in the year or so since it first launched.

Originally available for only a single tablet, Jide has since released a desktop and offered its software for free to other device makers. Now a number of Chinese tablets and notebooks are available with Remix OS. And thanks to Remix OS for PC, anyone can download and run the operating system on their own hardware.

Today Jide released a new beta of Remix OS for PC that adds even more features. And this week I’ve also released the a new episode of the LPX Show podcast, featuring an interview with Jide co-founder David Ko.

While the people testing Remix OS today are largely geeks and early adopters, Ko says he sees a big future for this sort of software in emerging markets. That’s because many people’s first experience with the internet will be through an Android device… so why not let them run the same Android apps they’re familiar with on desktop and notebook computers?

Ko first explained this vision to me when we met at the Consumer Electronics Show in January, 2016. But I wanted to get more details, so I scheduled a phone interview for the LPX Show podcast.

I had actually planned for this to be the first episode of LPX, but Ko’s been pretty busy lately and there’s a 13 hour time difference between Philadelphia and Beijing, so it took a little while for the stars to align… and then I wanted to talk to a few other people for the show to provide a little more context. 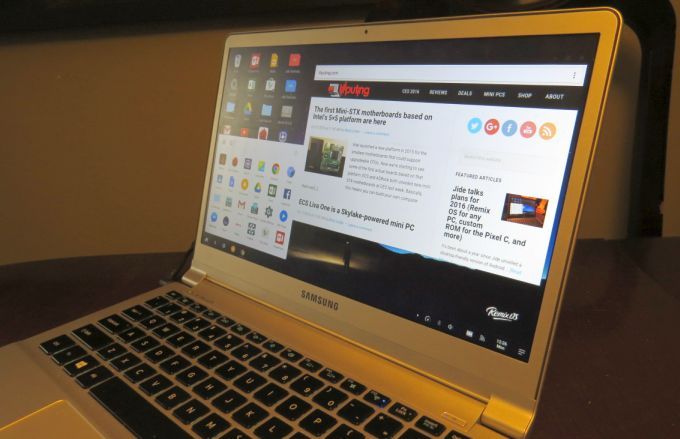 So Remix OS is the topic of LPX Episode 3 (although I think the first two episodes, dealing with the Intel Compute Stick, EOMA-68 PC module, and Nitro Duo mini PC are also pretty interesting).

Ultimately I think LPX Episode 3 gives a pretty good idea of where Remix OS is going… but there are also a few details from my interview with Ko that I didn’t manage to squeeze into the show, partly because they were a little too technical for a podcast I’m hoping appeals to a more general audience.

So here are a few things I learned that didn‘t make it into the show:

That’s some of the stuff that didn’t make it into the podcast. Want to hear what did? You can click the play button below to listen, or tap the download icon to save the episode as an MP3 file so you can listen later.

You can also subscribe to the LPX Show in iTunes, Stitcher, or anywhere else you get podcasts. And if you ‘d like to make sure you’re always getting the latest news from LPX, here are some other ways to follow the show:

And if you’re already a listener… and an iTunes user, please consider leaving a review in iTunes. It helps other people learn about the show!