About half a year after launching the Android-powered Meizu Pro 5 smartphone in China, Meizu is introducing a new Ubuntu Edition of the phone.

The new Meizu Pro 5 Ubuntu Edition goes up for pre-order this week at Meizu.com, and the phone will be available for purchase globally… although you probably won’t be able to use the GSM phone with 4G wireless networks in the US. 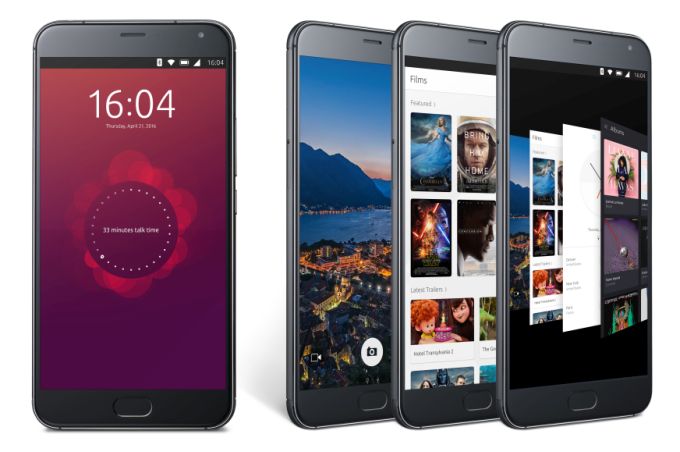 The Meizu Pro 5 Ubuntu Edition has the same specs as the Android model that launched last year. While that might be moderately disappointing at a time when we’re expecting to see next-gen phones from a variety of companies, last year’s specs are still pretty good… and the Meizu Pro 5 will be the most powerful smartphone to ship with Ubuntu software to date.

Ubuntu is a Linux-based operating system developed by Canonical, and up until recently it was designed primarily for desktop, notebook, and server computers. In recent years Canonical has been developing smartphone and tablet-friendly versions of the operating system, as well as versions for Internet-of-Things and other low-power products.

The company is also pushing a new feature called “convergence,” which lets you run touch-friendly apps on a phone or tablet and use desktop-style apps when you connect a mouse and keyboard. The first convergence-capable device is an upcoming tablet from Spanish device maker BQ. While the Meizu Pro 5 Ubuntu Edition has more powerful hardware than that tablet, this device doesn’t officially support convergence.