The LG Stylus 2 smartphone features a 5.7 inch display, support for stylus input, and a removable 3,000 mAh battery. At first glance, you might think this is LG’s answer to the Samsung Galaxy Note line of products.

But while Galaxy Note phones tend to have premium specs, the LG Stylus 2 is pretty much a mid-range phone with a few premium touches. 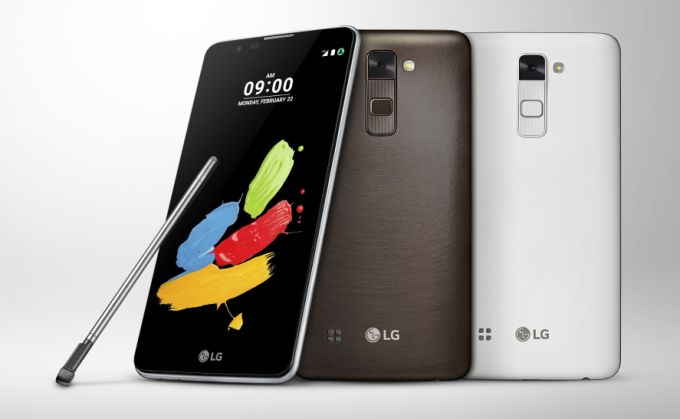 LG plans to show off the new phone at Mobile World Congress next week, and it’s a follow-up to last year’s LG G4 Stylus.

The phone may have a big screen and a stylus for better accuracy when writing or drawing than you’d get by using your fingertip. But it has a 1280 x 720 pixel display screen and capacitive stylus with a rubber tip, rather than an active pen like those that Samsung includes with its phones.

Other features include an unspecified 1.2 GHz quad-core processor, 1.5GB of RAM, 16GB of storage, a 13MP rear camera, and an 8MP front camera.

The phone has a microSD card slot for removable storage, supports 4G LTE, 802.11b/g/n WiFi, and Bluetooth 4.0 and ships with Android 6.0 software. It will be available in white, brown, or gray colors.