Have an idea for a new product, artwork, or performance piece, but don’t have the funding to bring it to market? Once upon a time you had to find investors or take out loans. These days you can turn to a crowdfunding site like Kickstarter to see if you can get potential customers to help pay for the process of turning a prototype into a real product.

While it’s hardly the only crowfunding site, Kickstarter was one of the first and it’s still one of the best known. And as of February 8th, it was the platform used by 100,000 successfully funded projects. 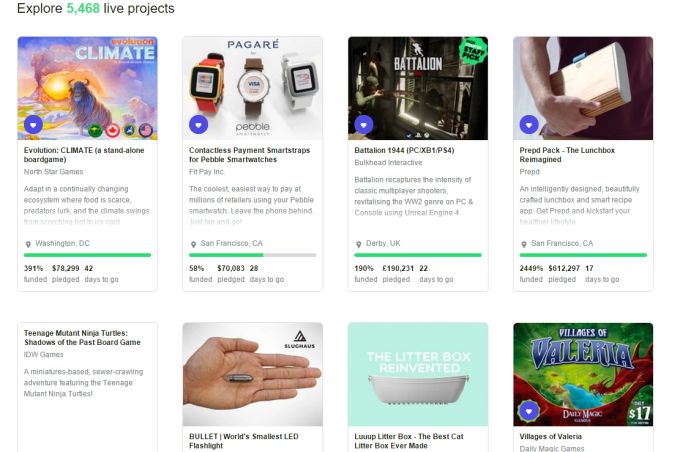 First up, the site launched on April 28th, 2009… which means that it too just under 7 years to get to that number. Things didn’t start out that quickly though: it took 121 days (about 4 months) for the first 100 projects to be funded. The pace has picked up a bit… the same number of projects were funded in just the last 3 days.

Here are a few other interesting stats:

Of course, not every project that hits Kickstarter meets its fundraising goals. And about 9% of those that do fail to actually deliver the promised rewards.

There are certainly risks involved in crowdfunding — both for the creators of a project and for backers. But sites like Kickstarter have certainly changed the way we think about funding for startups, artists, and just about anyone with an idea looking for help from other people who think it’s also a good idea.