HTC will begin taking pre-orders for its first virtual reality headset on February 29th, and the company hopes to begin shipping the HTC Vive to customers on April 1st. The phone maker is partnering with video game company Valve on the technology… but I hope you have a tax refund coming, because the Vive headset won’t be cheap. 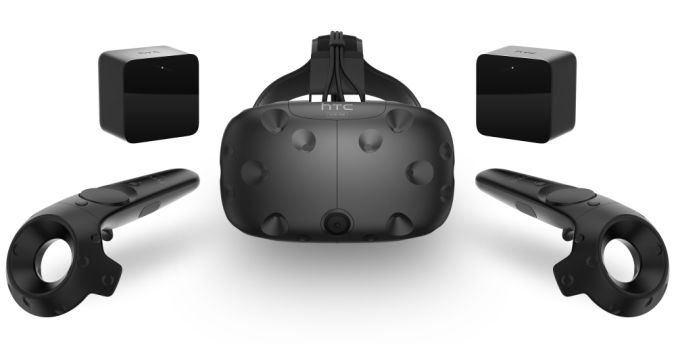 That makes the HTC Vive about $200 more expensive than its chief rival, the Oculus Rift headset which will also chip in April. It’s priced at $599.

HTC’s virtual reality device does have a few interesting aspects, including an optional Vive Phone Services feature that lets you respond to phone calls and text messages from your phone without removing your headset. The system also includes motion-sensing base stations and earbuds.

It comes with wireless controllers that provide haptic feedback. And the Vive will come with a few VR apps including Job Simulator: The 2050 Archives and Fantastic Contraption.

HTC says the Vive will be available in 24 countries at launch, including the US, Canada, Australia, New Zealand, China, Japan, Taiwan, and a number of European countries.