Cyanogen Inc is a for-profit company that produces a custom version of Android that’s distributed on a handful of smartphones. But the developers at Cyanogen started out working on a community-supported, open source Android ROM called CyanogenMod… which still exists.

So it’s a little odd that the latest product from Cyanogen is called MOD… because that’s not confusing at all, right?

But the name does seem appropriate, because MOD is a platform that lets users and app developers modify the operating system to meet their own needs. It’s just that the name is kind of already taken. 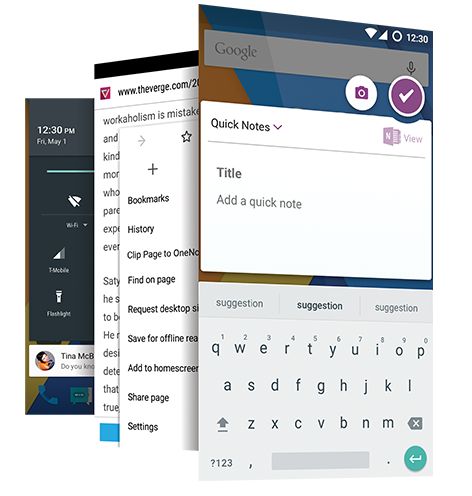 Here’s the idea: mobile operating systems like Android and iOS support third-party apps, which makes it possible for users to customize their experience… but only within certain limits. If you want to to truly alter some aspects of the phone’s behavior, you have to root or jailbreak your device or change the operating system altogether.

Cyanogen’s MOD platform removes that need… at least in theory. That’s because it provides a set of APIs that allow third-party apps to have the same sort of integration into the operating system that the default apps that come with a device would normally have.

In the future, this could let app developers create their own mods that tap into features of the operating system that would otherwise be protected… or allows device makers to more easily build their own custom versions of Cyanogen OS/Android to pre-install on phones.

From a user standpoint, you can download and install the mods you want to use on your device.

For now Cyanogen is only highlighting a few mods which will be available for Cyanogen OS 13 starting in March:

If it seems like a lot of those initial mods will include Microsoft apps and services, that’s because they will. Cyanogen has been working to integrate Microsoft’s technology into its operating system to provide an alternative to Google’s services… and now it’s starting to look like some of that integration will come courtesy of optional mods, which suggests that if you don’t want the features you don’t have to use them.