Cat Phones produces rugged smartphones designed for use in industrial, military, or other field settings. They tend to be dust and waterproof, and designed to withstand drops.

Now the latest model has a new feature: a thermal camera. The Cat S60 is the first Android phone to feature an integrated FLIR camera for measuring surface temperatures from up to 100 feet away. 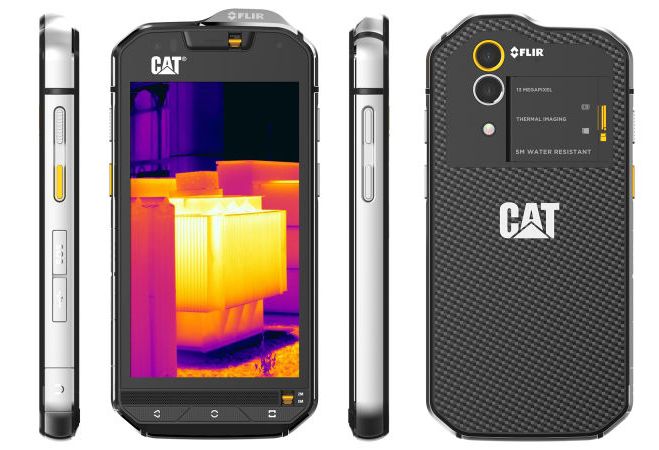 While this is something that’s obviously going to be useful primarily to enterprise and industrial customers, you could theoretically use the technology to measure household objects. Want to see if you’re burning something in the oven or on the grille? Fire up the FLIR camera. Want to know if your computer is getting too hot? Use the thermal camera.

I suspect those aren’t the sorts of things you’re going to need to do often enough to justify buying this particular phone. But Engadget spoke with a product manager at the company that makes the phones who thinks thermal imaging will be in as many as half of all smartphones within the next five years. As more phones integrate the technology, more people will find uses for it and more developers will create apps that take advantage of it.

In addition to the infrared camera, the Cat S60 also features a 13MP rear camera that can be used underwater, a 5MP front-facing camera.

The phone can survive a 6 foot fall onto concrete and it’s waterproof at depths of up to 16 feet for as long as an hour.