One of the only smartphones with an optical zoom lens is now available for purchase in the US. A few weeks after starting to take pre-orders, B&H is selling the Asus ZenFone Zoom ZX551ML for $399.

The phone has 4GB of RAM, 64GB of storage, and an Intel Atom processor. But its most noteworthy feature is the camera. 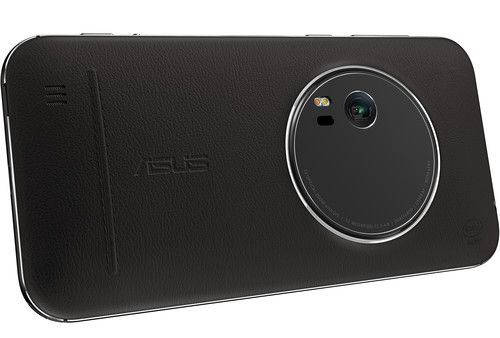 Asus equips the phone with a 13MP rear camera featuring optical image stabilization, and a 3X optical zoom lens, which should allow you to shoot items that are far away without the weird pixelization and artifacts you get when using digital zoom.

That’s because digital zoom is software-based. Basically you’re just blowing up the picture you snapped with the camera. Optical zoom actually includes a lens that can be adjusted to change the focal length.

I got a chance to try out the Zenfone Zoom when I was in Las Vegas for the Consumer Electronics Show in January, and the camera really does seem to work as promised. I can’t guarantee you’ll be able to take better pictures with this phone than with any other… but at least zoom won’t be the problem.

The phone also supports laser-assisted auto-focus and has a dedicated camera button.

While the phone’s Intel Atom Z3580 Moorefield processor probably isn’t the fastest chip available in 2016, it’s the same processor used in the Zenfone 2 I reviewed last year, and I was pretty happy with the performance.

One thing to keep in mind though, is that the latest Zenfone models, including the Zoom, ship with Android 5.0 software and the Asus ZenUI user interface and suite of apps. There’s a lot of bloatware on these phones (apps you may not ever use). On the bright side, Asus says it plans to release an Android 6.0 update for the Zenfone 2 and Zenfone Zoom in the coming months.