The 2015 Alcatel OneTouch Idol 3 smartphones was pretty well received due to strong specs and a reasonably low price tag of $250.

Now the company is apparently getting ready to launch the Idol 4 and Idol 4S smartphones, and while there are no details about the price tags for thew phones yet, the phones seem to be getting a nice spec bump. 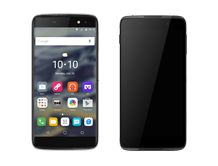 Android Police noticed that leaked materials about the new phones were posted to the Alcatel OneTouch website, even though the phones probably won’t be officially unveiled until Mobile World Congress later this month.

Here’s a run-down of what to expect from each phone:

Both phones are expected to ship with Android 6.0 software, and both should support AT&T and T-Mobile in the United States.