Mobile messaging service WhatsApp has about 990 million users. That’s more than twice the number the company had when Facebook acquired the business two years ago. You’d think it would be easy to make money with an app with that kind of user base, but WhatsApp has focused on expansion more than monetization.

Now the company has announced it’ll stop charging annual subscription fees. Instead, the goal is to eventually launch features that help users communicate directly with businesses, which means companies will foot the bill for WhatsApp, not users. There will not be any ads included in the app. 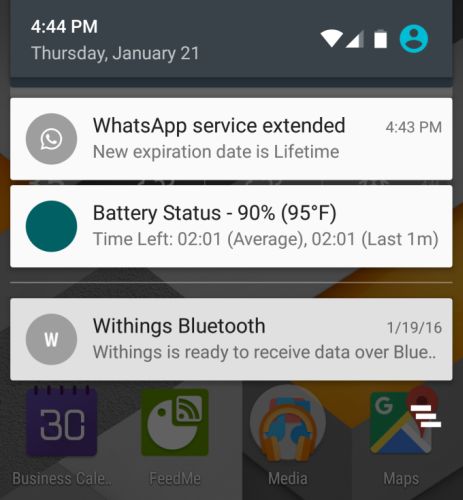 There are plenty of people that use WhatsApp today who have never paid a penny for the service. Anyone can use WhatsApp for free for the first year, but after that some users were asked to pay $1 to keep using the app. That might not sound like a lot of money, but it could have been enough to turn off some potential users that don’t have debit or credit card numbers.

While WhatsApp isn’t hugely popular in the United States, it’s big overseas, where the service offers a cheap way to send messages, photos, and other contact without paying for text messages. I know a lot of people that use it to communicate with friends and family living in a different country, and in some countries it’s pretty much the default app for text messaging.

But there’s hardly a lack of choice. WeChat, QQ, Viber, and Kik are just a few of the alternatives, not to mention Google Hangouts, Facebook Messenger, and Apple’s Facetime and Messages apps for iOS. With so much free competition, it makes sense for WhatsApp to remove any barriers for users… no matter how small they may seem.

It remains to be seen whether WhatsApp will eventually become profitable enough to justify the $19 billion Facebook paid to acquire the company. But if the company can turn WhatsApp into a platform and not just a simple messaging app, allowing you to make restaurant or airline reservations, deal with your bank, or perform other transactions through WhatsApp, it’s not hard to imagine ways that Facebook could make money without charging users a cent or showing them any ads.