Toshiba first unveiled the dynaPad tablet with a 12 inch screen, support for a Wacom active pen, and a detachable keyboard dock in October. Now the company is bringing the tablet in the United States.

It goes up for pre-order from Toshiba.com and the Microsoft Store this month with prices starting at $570. 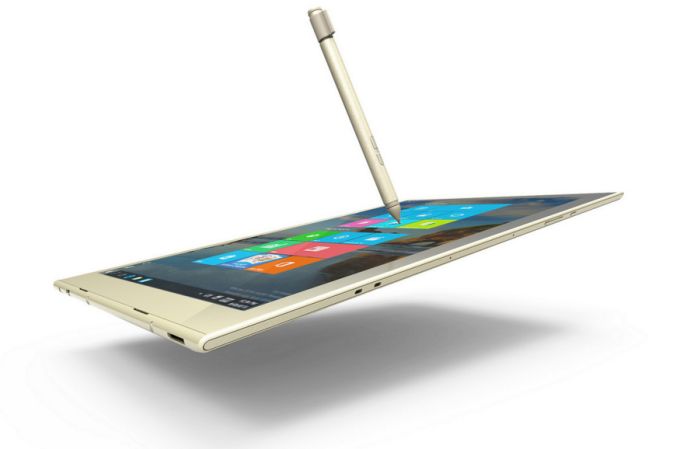 The tablet has a mix of low-end and premium specs. On the one hand, it has a low-power Atom x5-Z8300 processor. On the other hand, it comes with a Wacom pen that supports 2,048 levels of pressure sensitivity when you’re using it to write or draw on the screen.

Toshiba will offer models with up to 4GB of RAM and up to 64GB of storage. The tablet measures less than 0.3 inches thick and weighs about 1.3 pounds.

One thing to keep in mind is that while the dynaPad is positioned as a 2-in-1 tablet, the detachable keyboard dock is sold as an optional accessory, so it will drive up the price a bit.