When you hold a smartphone to your ear, you don’t usually have to worry about touching the screen with you cheek and accidentally ending a call. That’s because most smartphones have proximity sensors that can turn off the display and disable touch input when the phone is near your face.

But Elliptic Labs has developed software that does the same thing without a proximity sensor. Instead, the company’s system uses your phone’s mic, speakers, and ultrasonic audio. 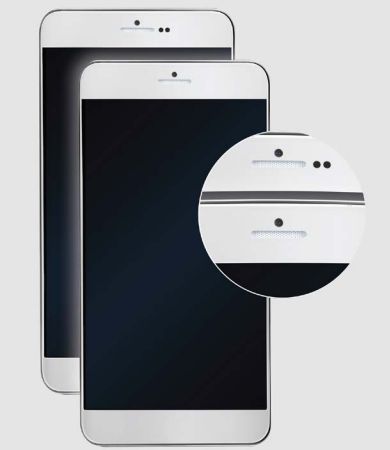 Here’s the idea: a phone’s speaker emits an ultrasonic tone that’s inaudible to the human ear. But the phone’s microphone can detect the audio, and detect distortion in the signal caused by a hand, head, or other object that’s close to the phone.

Elliptic Labs calls their software Beauty, presumably because it would allow phone makers to eliminate one small black hole from the front of a phone, offering a more seamless design.

The company says it’s working with some equipment makers to integrate the software into phones, but it’s not clear if or when any of those devices will come to market. Proximity sensors are pretty small, cheap, and available and phone makers have been working with them for years.

Elliptic Labs also develops ultrasound software and hardware that allows you to use gestures to control a smartphone without touching it, but that technology has yet to show up in any commercial devices.