A little over a year after the launch of the Amazon Echo, the Wall Street Journal reports that Amazon may have a new model on the way.

The original $179 Amazon Echo is a tall, cylindrical speaker that sits in your home, connects tot he internet, and listens to your voice to answer your questions, play music, read eBooks out loud to you, or let you play games like Jeopardy.

According to the WSJ, the new model will have similar features, but it’ll be smaller, cheaper, and portable thanks to a built-in battery. 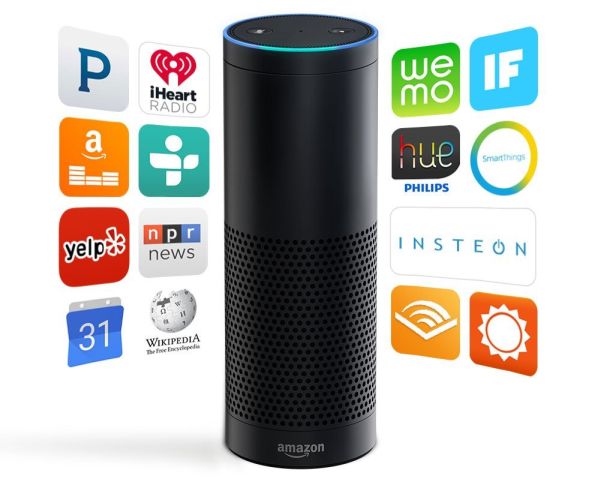 The new model is said to be small enough to hold in one hand, “like a beer can,” and it has a button that you have to press before it will respond to voice commands. Not having a mic that’s always listening should reduce power consumption for the new battery-powered model.

It’ll reportedly charge via a docking station, although it’s not clear if the dock will add any features other than docking.

Amazon Echo was the first device to launch with support for the company’s cloud-based “Alexa” personal assistant software, but Amazon has since made Alexa available to Fire TV users and the company is encouraging hardware and software developers to use Alexa in third-party products.

Amazon has not confirmed the details of the WSJ report, but we should know whether the story is accurate within a few weeks, because that’s when the publication says the new Echo should launch.