Chinese device maker Pipo’s latest tiny desktop computer is a system with an Intel Atom x5-Z8300 Cherry Trail processor, and support for up to 4GB of RAM and up to 64GB of storage.

The Pipo X6S also has a few other unusual features: Pipo describes it as a mini PC with a built-in router. The system has dual Ethernet jacks and room inside the case for an SATA II hard drive, if you want to set up the Pipo X6S as a personal media server or private cloud backup device. 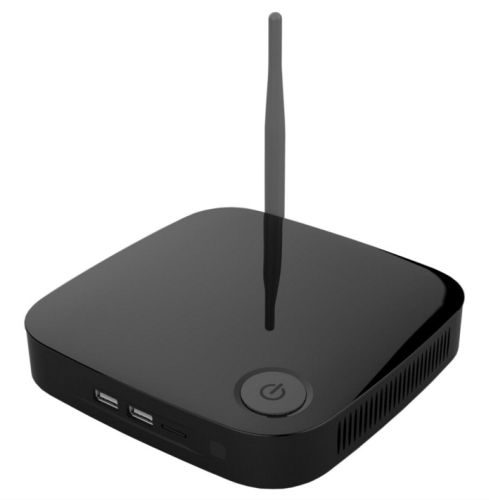 Pipo will offer models with 2GB or 4GB of RAM and 32GB or 64GB of storage. Each model has two USB 2.0 ports and one USB 3.0 port. And the system supports WiFi, Bluetooth, and features HDMI and audio jacks and a microSD card reader. It also features a built-in fan, which should make the Pipo X6 a bit noisier than some mini PCs, but which should also keep it from overheating.

GeekBuying is taking pre-orders for the 4GB/64GB model for $200.