Panasonic’s ToughBook and ToughPad line of ruggedized laptops and tablets are designed for use in industrial, outdoors, or other environments where a regular computer might not survive the kind of abuse it would be exposed to. But they tend to be pretty expensive.

Now Panasonic is offering a slightly more affordable option for customers that can make do with a semi-ruggedized device. The new Panasonic ToughPad FZ-Q1 has a shock absorbing case, a magnesium alloy chassis, a fanless design, a sturdy cover that’s easy to grip, and a capacitive touchscreen display that you can use even if you’re wearing gloves. It also has an integrated capacitive stylus and Panasonic offers an optional backlit keyboard.

Priced at $1000 and up, the ToughPad FZ-Q1 isn’t exactly cheap. But it’s less than half the price of most ToughPad tablets. 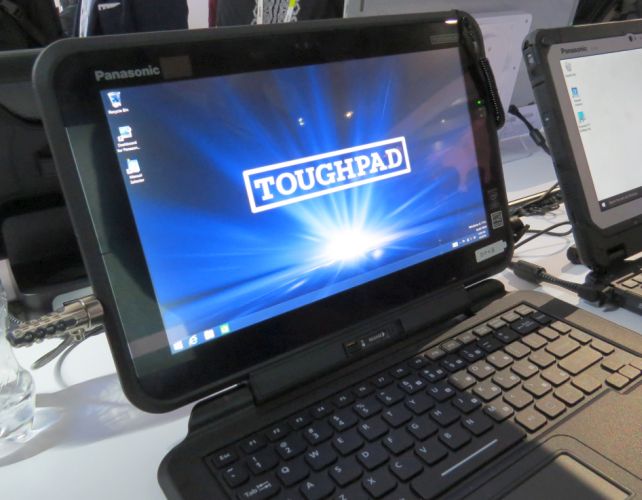 The entry-level $1000 model features an Intel Celeron N2807 Bay Trail processor, 4GB of RAM, and 64GB of eMMC storage (although you can also pay extra for a version with a 128GB solid state drive).

Sure, you can find consumer devices with similar specs for less than a third of the price, but what you’re paying for here isn’t just the CPU, memory and storage, but for the heavy-duty case design that can withstand drops and shakes, dust, and dirt. Unlike a lot of consumer tablets, the FZ-Q1 also has a field replaceable battery andt he tablet comes with a 3-year warranty.