Origin Access is a subscription-based gaming service that allows you to play a set of games for a monthly fee. Originally available only for Xbox One users (where the program is called EA Access), Origin Access is now available for Windows PC users.

It’s sort of like Netflix for games… except that the selection is much more limited and almost all the titles come from a single game company. 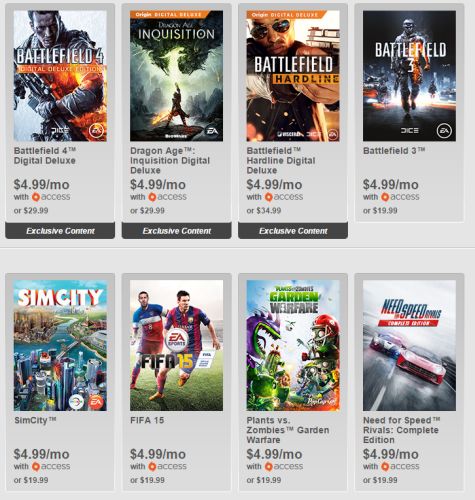 Origin is EA’s game platform that allows you to purchase, download, and manage your games, much like Valve’s Steam platform. Now subscribers can also use the platform to play select titles without buying them individually.. although the list isn’t all that big.

At launch, there are 15 older games available for subscribers to play:

It’s notable that This War of Mine is the only title that’s not an Electronic Arts game.

EA says more games will be added over time.

Electronic Arts also offers subscribers the opportunity to play trials of new games before they’re released to the public, and a 10 percent discount on content purchased from the Origin store.