Qualcomm’s Snapdragon 820 processor is coming, and one of the first phones to feature the next-gen chip is LeTV’s Le Max Pro. It won’t be available in the United States, but Chinese phone maker LeTV does plan to launch its first product in the States this year… a bicycle which can sync with your phone.

Anyway, the Le Max Pro looks like a pretty impressive phone, and the company is pretty proud of being the first to announce a phone with a Snapdragon 820 chip… even if the price and released date of the phone haven’t been announced yet. 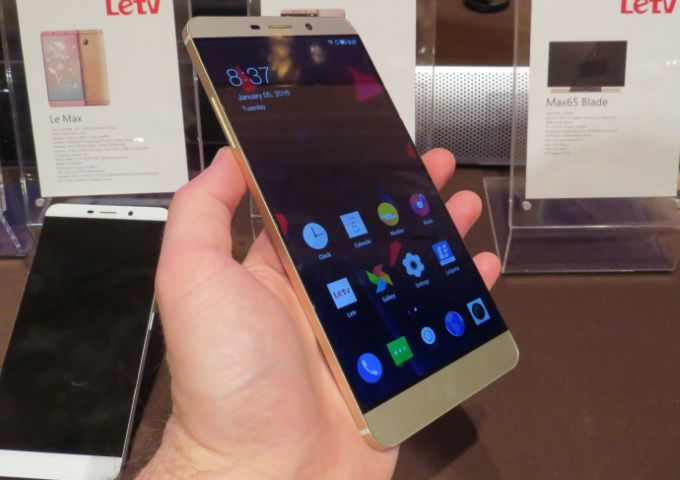 It supports 802.11ac WiFi, Bluetooth, and 802.11ad WiGig and features a USB Type-C port for data and charging. The phone has a Qualcomm Sense ID ultrasonic fingerprint sensor on the back.

LeTV will ship the phone with Android 6.0 Lollipop.

Since the phone is designed for China, it won’t support high-speed cellular networks in the US. But LeTV does hope to enter the US smartphone market in the future. The company just started making phones in China in 2015, and has already gained a bit of a following in its home country.

We also probably won’t have to wait long for other companies to announce Snapdragon 820-powered phones. Qualcomm’s new quad-core processor with custom CPU cores, Adreno 530 graphics, and support for better cameras, faster WiFi, and other improvements should be shipping soon.