Samsung has been offering a line of super-thin, super-light laptops for a number of years. But weighing just 1.85 pounds, the 2016 Samsung Notebook 9 is the company’s lightest 13.3 inch laptop to date.

There’s also a 15 inch model called that weighs 2.85 pounds, offers longer battery life, and has a few extra ports. 2016 seems to be the year when laptop makers are trying to convince me that 15 inch notebooks can be just almost as portable as models with smaller screens.

I’m a fan of Samsung’s compact notebooks — I’ve been using an older Samsung Series 9 as my primary notebook since 2012. The new models look virtually identical, but there are a few key differences. 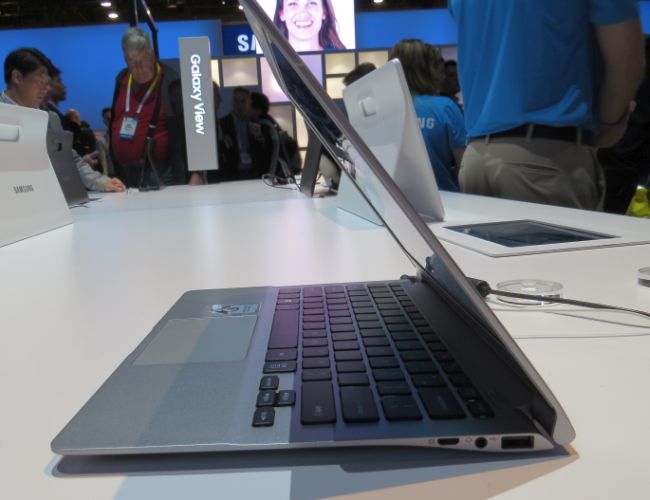 Samsung has also added Quick Charging. It takes about 1.5 hours to fully charge the 39 Whr battery in the 15 inch model, for example, and Samsung says that should give you up to 12 hours of run time. A 20 minute charge will get you about 2 hours of video playback time.

The notebooks also now have hinges that let you fold the screens back 180 degrees… and if you press Fn+F11 you can rotate the screen 180 degrees. This is a presentation/collaboration mode that lets you lie the screen flat on a tablet so that the person sitting across from you can see it. In this mode you can still swipe left or right on the touchpad and the cursor will move left or right from your perspective, not the other person’s. This could make it easy to deliver presentations without having to remember to swipe left to move right and vice versa. 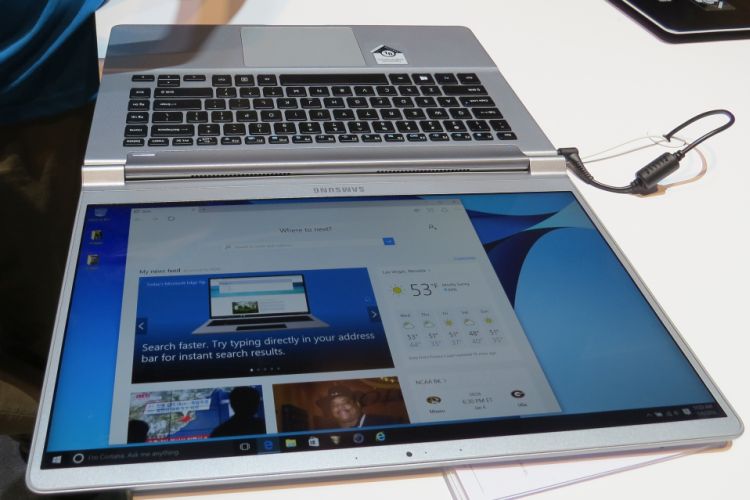 Both the 13.3 inch and 15 inch models also have ports that will let you hook up multiple displays. The 15 inch model has a full-sized HDMI port and a USB Type-C port which can be used to transfer data or connect peripherals such as displays.

The 13.3 inch model has a micro HDMI port and a mini VGA port (which needs an adapter).

Overall, these look like nice upgrades to the line of laptops formerly known as Series 9 or Ativ Book 9… but it’s a bit annoying that the entry-level models will continue to have just 4GB of RAM and 128GB of storage. While this will probably help keep the cost down, it would be nice if premium laptops in 2016 shipped with at least 8GB of RAM. Fortunately Samsung does plan to offer an 8GB memory option and up to 256GB of storage.

The company hasn’t announced the US price or launch date for the new laptops yet.